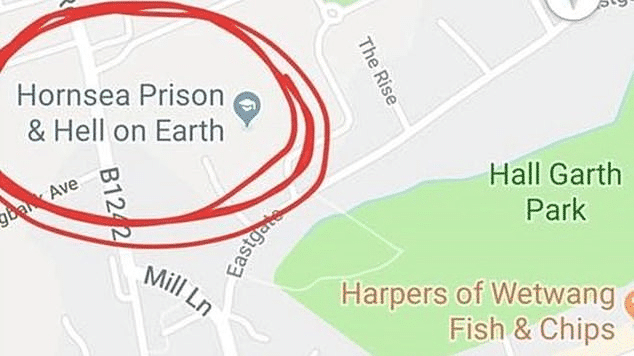 Not everyone likes school. Case in point: The Hornsea School and Language College in East Yorkshire, England fell victim to an online prank. Administrators of the school believe a pupil of the school is behind the prank. The suspected pupil changed the name in Google Maps to “Hornsea Prison & Hell on Earth”. The Daily Mail is covering the story.

The Prank and Monitoring Google Maps

Take a look at what it school looked like in Google Maps, until recently.

The issue has since been resolved; however, if you type “Hornsea Prison & Hell on Earth” in Google Maps, it still brings you to the location of the school (even though the school is correctly named now).

Here’s what it currently looks like in Google Maps:

Head teacher Steve Oslter provided a warning: “We recommend that all schools take ownership of their Google map icon to prevent any copy-cat behaviors”.

Issues like this are common in Google Maps. Google allows anyone to make edits to Google Maps via the ‘Suggest an Edit’ feature; therefore, it’s important for you to monitor your Google My Business listing frequently.

Featured photo is a screenshot by Gain Local