As far as we’re aware this update was first spotted by SEO Casey Bryan who posted to Twitter and has not been formally announced by Google or Google My Business.

I now have the ability to add up to 10 photos to my #GoogleMyBusiness posts – it’s new for me 🤩@rustybrick pic.twitter.com/bmjMXxuftE

While not all businesses find Posts useful, this option might allow those who do to showcase more content. For example a restaurant having a special can now show photos of all items included in the special, or a remodeling company using a Post to showcase a recent remodeling job can showcase multiple angles and various parts of the remodel job.

According to Local SEO Joe Youngblood the new limit of 10 photos or videos only applies to three types of Posts: What’s New, Event, and Offer.

Product posts are still only allowed 1 photo or video.

Here’s a screenshot of the various post types showing the ability to add multiple photos (or lack thereof): 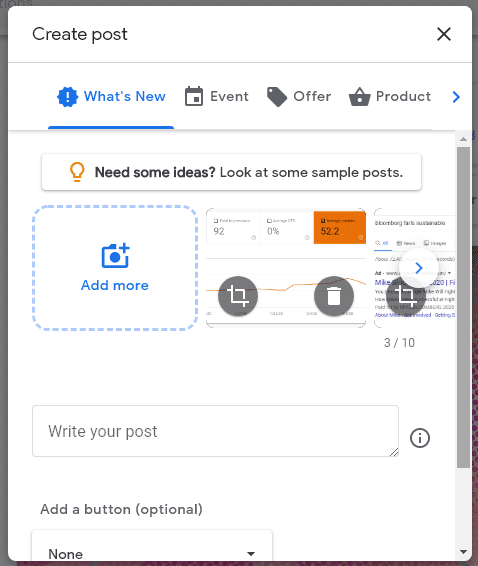 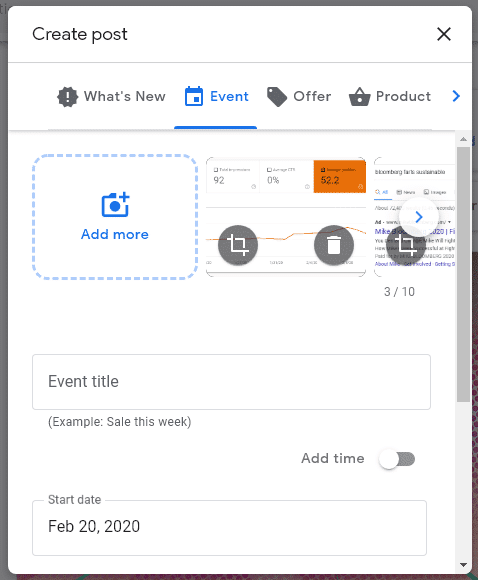 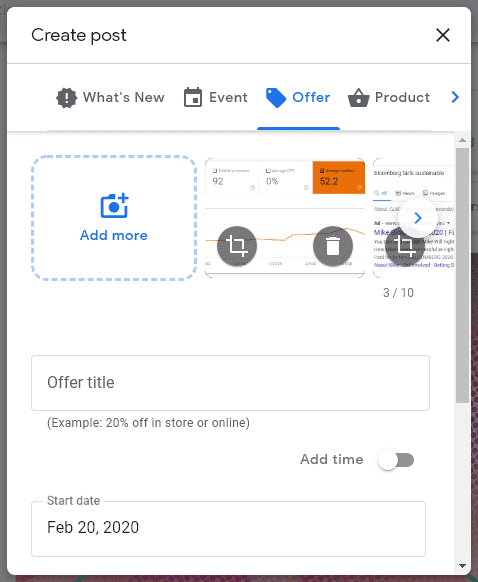 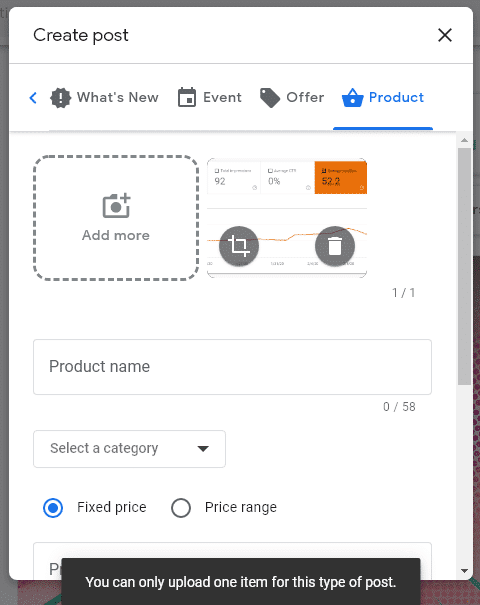