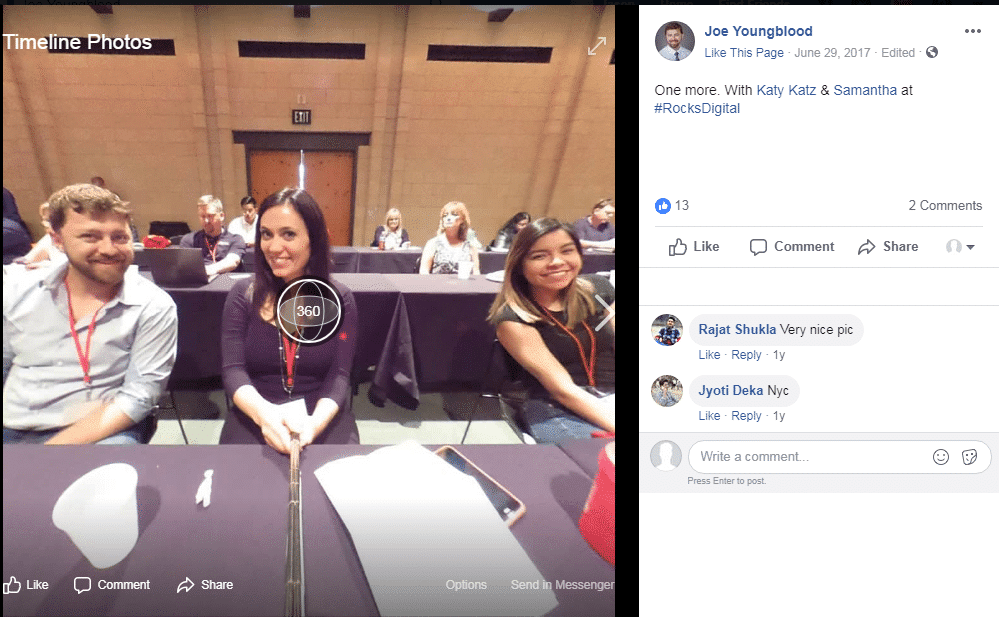 Words tell a story and pictures tell a story worth 1,000 words. As technology continues to improve, there will be new ways to share information. Case in point: People can now take a 360 degree selfie and share it on social media. Joe Youngblood—a Dallas-based SEO & Digital Marketing Consultant—details how to take the perfect 360 degree selfie and provides some useful tips.

The 360 Degree Photo: An Immersive Experience

What’s better than viewing a static image? The answer is this: Exploring the landscape within the image! A 360 degree camera makes this possible. When a 360 degree photo is posted to social media, users can move the photo around and see what was once off-screen. 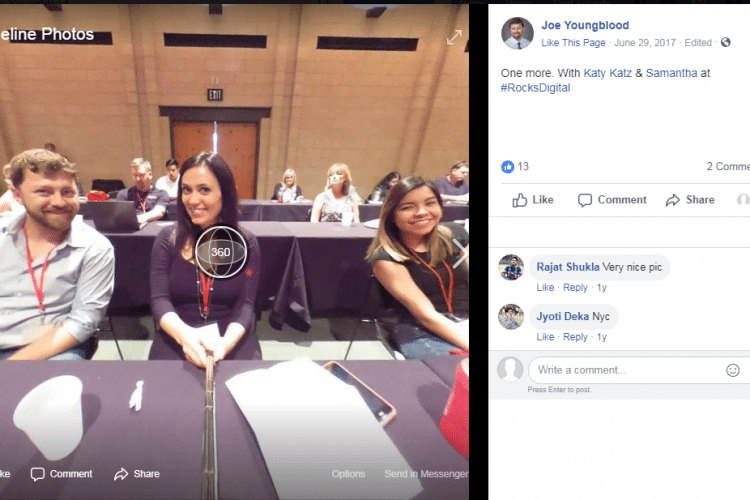 Joe Youngblood shares what you’ll need to get started. You need the right camera, a selfie stick, and a particular app. More specifically, Joe advises you need:

Joe further advises you’ll want a space with good lighting, a friend to take the selfie with you, and a place to host the 360 photo. Speaking of putting the photo online, let’s talk about that next!

Where to Host Your 360 Photos

There aren’t many major websites that host 360 degree photos yet; however, two of the most important ones, Facebook and YouTube, support them. The two social media giants also support 360 videos. That’s a topic for another time!

Are you interested in sharing 360 degree photos?  You’re in luck! We allow clients to borrow our 360 camera for 30 days. Spice up your digital marketing techniques and try posting 360 degree photos to your social media accounts. Let your followers explore your brand in a more dynamic way. Contact us to learn how you can borrow the 360 degree camera.