UPDATE: Sometime this past weekend the Resintatement Request form came back online. According to Local SEOs it was likely down for around 48 hours. We verified at 10:00 AM Central time that the form was indeed functioning. Screenshot below shows the form as we saw it on Monday the 22nd of July 2019 at 10am. 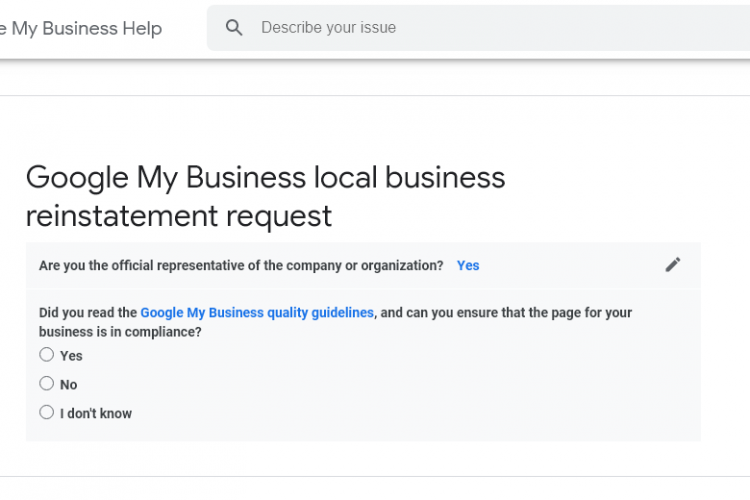 Original article follows:
Google My Business, Google’s portal where businesses can get a profile and get listed on Google Maps and in search results, has been suffering a major issue for over a month where legitimate business listings are getting suspended while millions of fake businesses plague the service. The way business owners have gotten out of this has been to file a reinstatement request via a form on Google’s support website. That is until now, because the form is now offline.

According to SEO John McAlpin on Twitter the form is offline showing nothing but the title of the page and white space:

On top of the numerous issues @GoogleMyBiz has been having, their reinstatement request form has been taken down. I guess that's one way to catch up on you backlog. pic.twitter.com/6MSnzTUETT

When asked by noted SEO Joe Youngblood if he had tried other ways of loading the page including different browsers and clearing cache, he replied that he had and Google told him it was a bug they are working on.

Yeah I've tried everything. GMB support basically said it was a bug and to try again later.

We independently verified that the form is indeed down as you can see in the following screenshot of the page where the form resides. 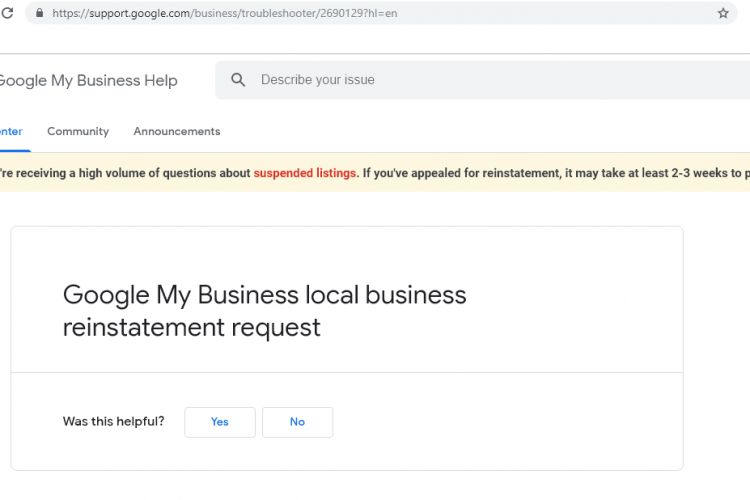 This screenshot of the Google My Business Reinstatement Request page shows the form offline on July 18th, 2019. Google has said a bug is to blame.

SEOs and business owners continue to grapple with Google’s disorganized and frustrating local business service and this new development is only going to add more anxiety and stress to the mix for a listing that gets suspended.