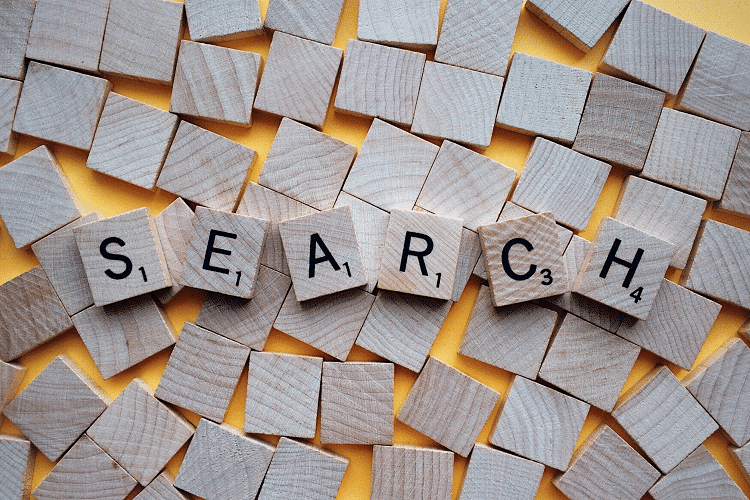 The major search engines — Google, DuckDuckGo, Bing — compete with each other to get the most users. One of the ways these engines compete is by optimizing how they return information in search results. With each of them showing information about websites, document, and businesses in variety of different ways.

Joe Youngblood tweeted during a conversation with Mordy Oberstein of Rank Ranger (see above) about the differences between these three search engines when he performed a local search while visiting Raleigh, NC and included screenshots. His conclusion: Google search sucks on mobile devices.

Take a look at the photos provided by Joe. The one from Google is all ads and text heavy. That same mobile search on Bing returns what appears to be a Google map at the top of search results, showing the location(s) of the establishment(s) and on DuckDuckGo the map appears to be powered by Apple with 3 different dentists listed. 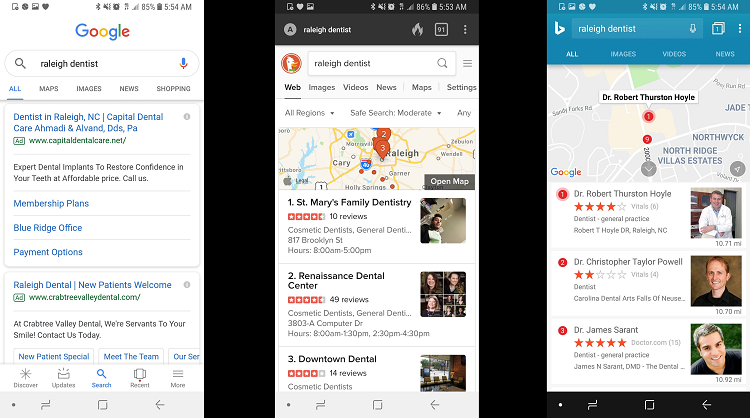 Side by Side: The same local search from the same location at the same time on Google, DuckDuckGo, and Bing

One interesting note is that none of the business listings on DuckDuckGo, Bing, or even Google offered a phone number to call the business and make an appointment – even though the search was being done using a smartphone application on his (android) phone.

Out of all of them DuckDuckGo seems to offer the most information finding a way to display the business name, services offered, review stars, photos, hours of operation, and a map with listings notated. Followed by Bing which shows the name, review stars, a photo of each dentist, and a map with listings notated. Google is surprisingly the least useful result displaying mostly keywords and advertising text barely even mentioning the business name and never including any useful information to help someone know if this business is what they were looking for.

Given the choice, which of these three would you choose when using mobile? It seems the most, and best, information is returned when using DuckDuckGo and Bings apps over Google.