Hey @rustybrick, is this new? LSA for real estate — discovered by a colleague here at @HomeLightApp. pic.twitter.com/C4tMXbQEah

Matt’s screenshots show the LSA’s as the first result for the query “austin realtors”. We were able to perform the same search and saw the same thing Matt noticed.

LSA’s are ads that are part of a local services search engine Google has been slowly rolling out to various verticals. Below these ads is a link with text that reads “More real estate agents in Austin”, when users click or tap this link they are taken to a search page that shows various real estate agents, their ratings, and allows users to send them a message. In effect, if these LSA’s stick, Google will become a competitor to Upnest and HomeLight.

Real Estate SEO Joe Youngblood tells us that this isn’t the first time Google has tried to get into the real estate listing market. He let us know that they shuttered their offering Google Base for Real Estate around 8 years ago. Google began expanding their real estate listing offerings in 2009 to compete with Trulia, Zillow, Realtor.com and other websites, the listings were placed on Maps but eventually met their demise. When Google Base was shuttered in 2010 the writing was on the wall and by February of 2011 Google’s attempt to barge into real estate came to a complete halt.

Here’s a January, 2011 article discussing the last time Google failed at real estate, by the way, it was written by the same SEO that noticed the local LSA’s that brought about this article, Matt McGee.

Here’s what a real estate agent’s profile looks like in this local search product, it should be noted this is different than Google My Business, but definitely pulls data from GMB as a source. Also if you’re a real estate agent wondering how to get listed here, like other LSA’s this is all paid. See the tiny “sponsored” label in the upper right-hand corner? 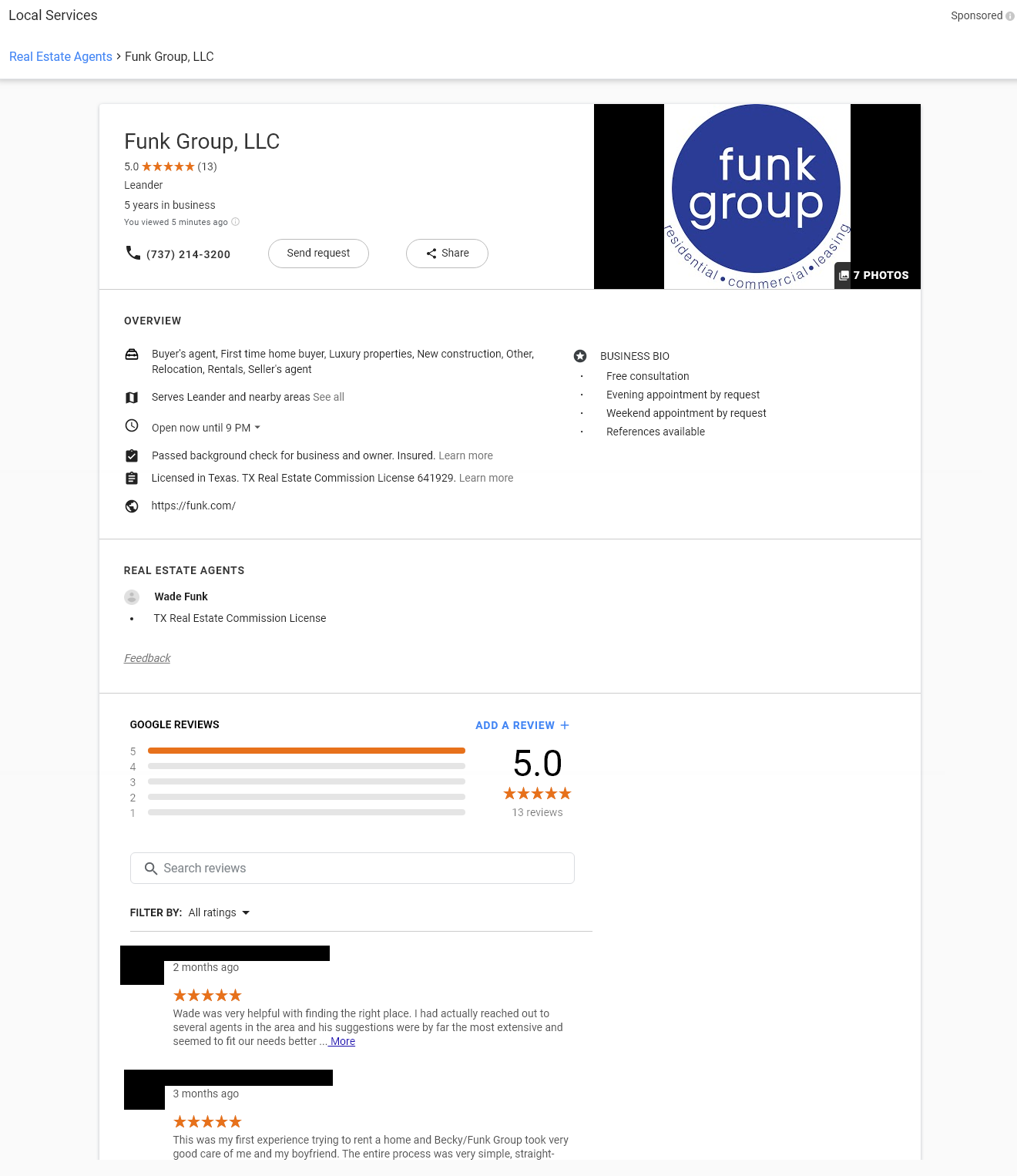 Screenshots in this article by Gain Local